Renoir’s Palette Pierre-Auguste Renoir was a French artist who was a leading painter in the development of the Impressionist style. As a celebrator of beauty, and especially feminine sensuality, it has been said that “Renoir is the final representative of a tradition which runs directly from Rubens to Watteau.” Renoir’s paintings are notable for their vibrant light and saturated color, most often focusing on people in intimate and candid compositions. The female nude was one of his primary subjects. In characteristic Impressionist style, Renoir suggested the details of a scene through freely brushed touches of color, so that his figures softly fuse with one another and their surroundings. One of the best known Impressionist works is Renoir’s 1876 Dance at Le… 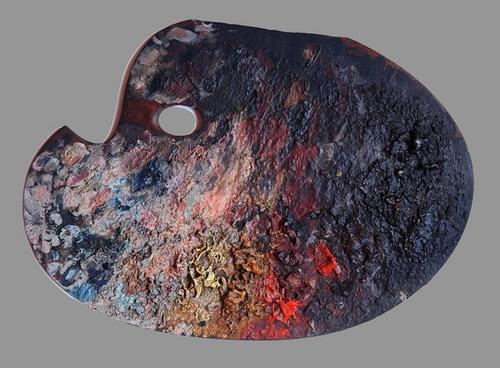