Palettes of Famous Artists Gauguin believed in: “Pure colour! Everything must be sacrificed to it.” Yet, overall, his tones were muted, and quite close together. Marion-Boddy Evans draws our attention to a portable palette found in his painting studio after he died, from which it would appear Gauguin didn’t lay out his colours in any particular order. Nor does he seem to have ever cleaned his palette, instead mixing fresh colours on top of dried-up paint. 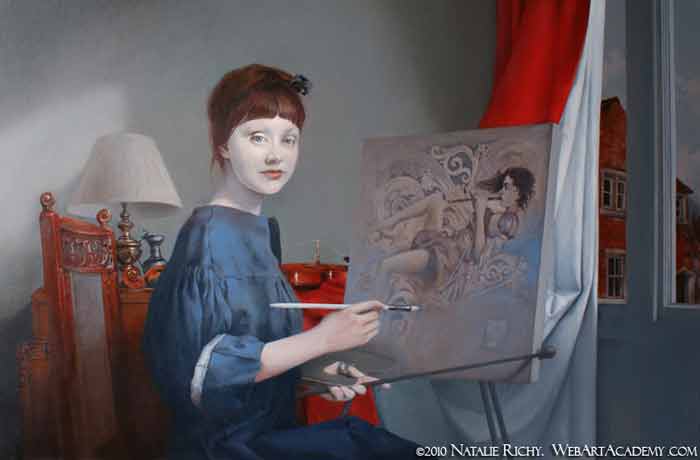 The Video Lesson “How to Paint a Portrait in Oil” demonstrates the oil painting technique in the style of an 18th century Paris salon, explained in specific, sequential steps. From the positioning of the figure to the details of the background, this easy-to-follow process will give you the discipline and focus that the difficult art of portraiture demands.   Oil painting is the process of painting with pigments that are bound with a medium of drying oil — especially in early modern Europe, linseed oil. Often an oil such as linseed was boiled with a resin such as pine resin or even frankincense; these were called ‘varnishes’ and were prized for their body and gloss. Other oils occasionally used include poppyseed oil, walnut oil, and safflower oil. These oils confer various…