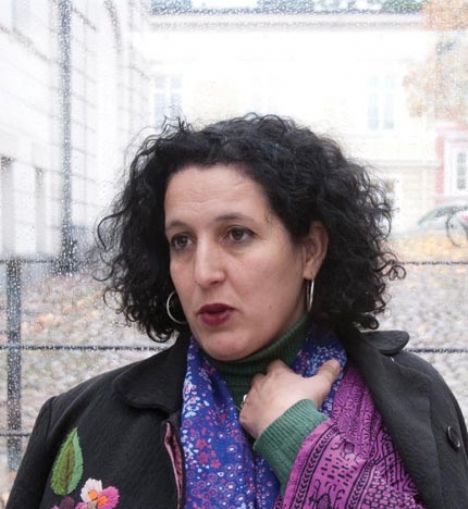 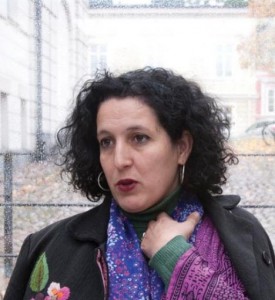 The letter mailed to Zineb Sedira at her London home on 22 November was short and to the point. Mohsen Shaalan, head of the fine arts sector of the Egyptian culture ministry and president of the 25th Alexandria Biennale (17 December-31 January), informed the video artist that in response to “the request of the Egyptian population and notably the nation’s intellectuals”, her invitation to take part in the biennale, starting three weeks later, had been cancelled. The reason, it said, was “recent incidents committed by the Algerian public”, a reference, seemingly, to the mob violence by both Egyptian and Algerian football fans that swept several countries before and after Algeria’s defeat of Egypt in a decisive World Cup qualifying match in Khartoum, Sudan, on 17 November.

“I thought it was a joke at first,” said Sedira. “It was shocking, I didn’t expect it. It says a lot about Egypt and its government. I was shocked at the lack of professionalism.” It didn’t help that the letter was initially sent in Arabic—a language she doesn’t read, obliging her to ask for a translation.

Born in France to Algerian parents, and trained in London at Central Saint Martins, the Slade and the Royal College of Art, Sedira had been invited eight months earlier by the biennale’s curator, Mohamed Abouelnaga, to be the sole exhibitor in the Algerian national pavilion.

A prize-winning artist (Sedira recently won the inaugural SAM Prize for Contemporary Art—a privately funded E20,000 award set up by French collectors) whose work often explores issues of cultural division and fusion across frontiers and generations, she was initially reluctant to accept the invitation to exhibit at the biennale. “I’d rather they’d given this opportunity to an Algerian artist living in Algeria,” said Sedira.

But Abouelnaga was persuasive. He had strong reasons for wanting her. This 25th anniversary edition of the biennale was to be the first since the event was established in 1955 for which the government, eager to burnish its liberal, non-authoritarian credentials, was allowing the curator carte blanche to choose his participants, rather than accepting official nominations—and he wanted it to win recognition as a top-ranking international event. “I wanted to present in Alexandria a real contemporary art event on all levels,” Abouelnaga told The Art Newspaper last month. “I selected Zineb because I have great respect for her work.”

In the biennale’s historical framework, the Mubarak government’s decision to allow curatorial freedom appears to have been a calculated, but botched, gamble—an attempt to demonstrate light-touch political confidence that a sudden crisis turned into ham-fisted bullying.

Culture—like football—has always been politicised in the turbulent world of Arab nationalism. From its origins in Gamal Abdel Nasser’s fledgling Republic of Egypt, the biennale, established the year before Nasser nationalised the Suez Canal in 1956, was designed as a cultural vehicle for Egypt’s ambitions to lead the Arab and Mediterranean worlds.

“The aim of the Alexandria Biennale is to fortify the cultural and artistic dialogue not only between Egypt and its neighbouring Mediterranean countries but to extend it all over the world,” says its website.

Sedira, with her international profile, “Arab” roots and transcultural focus, must have seemed like an ideal selection; which made her subsequent exclusion in the name of “the unity of Arab blood and destiny”, to quote the letter, at least ironic, if not a political bungle.

The exclusion appears to have been decided on the fly, amid spiralling violence on the streets of Cairo and a welter of nationalistic, anti-Algerian rhetoric from television talking heads, including the actor Omar Sharif.

“Certainly I was sorry for what happened, since I chose Zineb Sedira in the first place,” Abouelnaga said. Shaalan, he said, had “the authority to cancel the participation of an artist for political or for other reasons, because the ministry of culture is the sole sponsor and organiser of the biennale”. The exclusion, he added, was the consequence of “critical, yet temporary circumstances. I have tried but I could not succeed to alter the decision.”

Shaalan, speaking to The Art Newspaper, initially sounded a conciliatory note, saying the decision to cancel the Algerian presence was taken for fear of provoking further incidents and out of concern for Sedira’s personal safety. But in a written follow-up, he was more intransigent. He said the decision “was inevitable after the nation’s pride was injured” by television footage showing Algerian fans trampling the Egyptian flag—an insult that had “traumatised artists and members of the intellectual community”.

Noting that “trade unions in Egypt, including the Union of Egyptian Artists and the Federation of Film-makers, unanimously decided to suspend co-operation with Algerian counterparts”, he said the biennale organisers had acted “very carefully and objectively. It is untrue, and [these are] baseless allegations, that the government or the ministry of culture was behind our decision.”

At the height of the football hysteria, “a friend from Egypt said to me ‘don’t come’,” Sedira said. “She said terrible things were happening there, Algerians were being beaten up in Cairo, extreme violence was happening. It would have made more sense to have got a letter from the government to say don’t come for security reasons. That I would have understood. But they didn’t do that.”

The decision, said New York gallery owner and art blogger Edward Winkleman, was not only an egregious example of subordinating international cultural ambition to local politics: it was also clumsy, and likely to undermine the future credibility of Alexandria in the eyes of artists and dealers. “It was an absurd thing for the director to do,” he said. “Maybe he was politically pressured to do it; but I can’t understand what he wrote to the artist. I can’t fathom what he was thinking.”

Sport has always been used as a political football, said Anthony Downey, director of the Sotheby’s Institute Master’s degree in contemporary art in London. “However, the use of a sporting event as a pretext to ‘disinvite’ an artist from a cultural event is a new one to me.” At a time of heightened Egyptian-Algerian tension, culture could have been used as a means for détente, he said. “Even at the height of US-Iran tensions, for example, there was still a significant degree of cultural exchange between both countries. It would seem that the very shared culture the organisers of the Alexandria Biennale profess to want to uphold is being denied by the ban on the Algerian pavilion.”

“The whole situation got out of hand,” said Jack Persekian, director of the Sharjah Art Foundation. “Not only art was affected—ambassadors were withdrawn, it turned into a political issue. It’s a stupid way to deal with these situations.”

But perhaps the bleakest assessment is offered by Catherine David, chief curator at the French Museum Board and a specialist in contemporary Arab art. “Egypt has been governed under emergency legislation for 30 years, since the death of Sadat,” she said, referring to former president Anwar Sadat, assassinated by Islamic militants in 1981 after turning his back on Arab unity to sign a historic, but deeply unpopular, peace treaty with Israel. “The regime is rotten, but very often people close their eyes to that, because it’s a tourist destination. Nobody talks about it anymore.” As for the “intellectuals” cited in the revocation letter, she said: “Omar Sharif is an actor not known for the depth of his political and cultural thinking. It is clear that everything has been manipulated.”

Whatever the pressures involved, the biennale’s administrators appear to have recognised in retrospect that they scored an own-goal. References to Sedira, removed from the biennale website when her invitation was revoked, have since been reinstated. Perhaps coincidentally, videos posted to various websites recording Sharif’s anti-Algerian comments have been removed.

Egypt’s cultural authorities are clearly now trying to patch up relations with Algeria. Egypt invited Algeria to take part in last month’s Cairo book fair, Abouelnaga and Shaalan said—although Algeria pointedly declined the invitation. Sedira, meanwhile, has gained far more international exposure from her exclusion than she would ever have had from the biennale itself.

For the Alexandria Biennale, the consequences may not be so benign—a risk recognised by Abouelnaga: “I hope that all the accomplishments of this edition of the biennale are not overshadowed by this incident.”