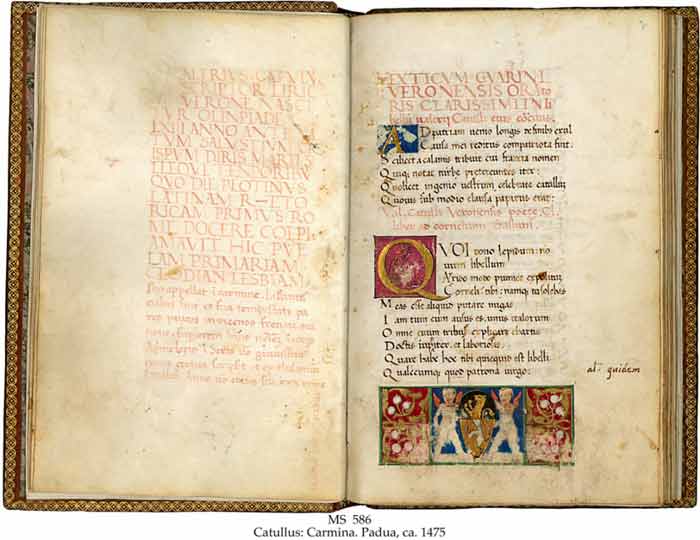 Vellum (from the Old French Vélin, for “calfskin”) is mammal skin prepared for writing or printing on, to produce single pages, scrolls, codices or books. It is generally smooth and durable, although there are great variations depending on preparation, the quality of the skin and the type of animal used. The manufacture involves the cleaning, bleaching, stretching on a frame, and scraping of the skin with a hemispherical knife. To create tension, scraping is alternated by wetting and drying. A final finish may be achieved by abrading the surface with pumice, and treating with a preparation of lime or chalk to make it accept writing or printing ink. Modern “paper vellum” (vegetable vellum) is used for a variety of purposes, especially for plans, technical drawings, and blueprints. 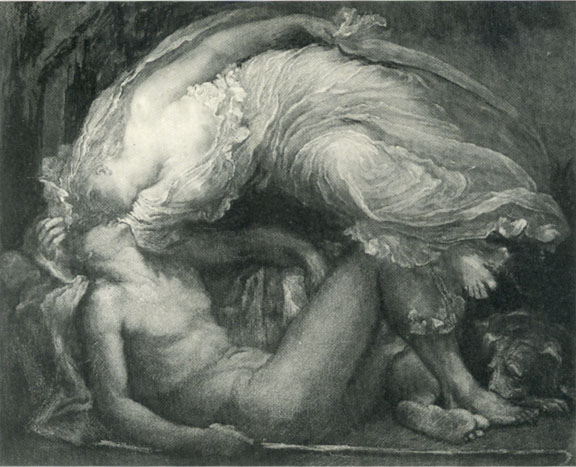 Mezzotint and etching on vellum by Sir Frank Short

There is some confusion about the relationship between the words vellum and parchment. In Europe, from Roman times, the term vellum was used for the best quality of prepared skin, regardless of the animal from which the hide was obtained, calf, sheep, and goat all being commonly used (other animals, including pig, deer, donkey, horse, or camel have been used). Although the term derives from the French for “calf”, except for Muslim or Jewish use, animal vellum can include hide from virtually any other mammal. The best quality, “uterine vellum”, was said to be made from the skins of stillborn or unborn animals, although the term was also applied to fine quality skins made from young animals.

Vellum is a translucent material produced from the skin, often split, of a young animal that has been soaked, limed, and scudded (a depilatory process), and then dried at normal temperature under tension, usually on a wooden device called a stretching frame. The distinction between vellum and parchment has been made in several different ways, and no one definition can be considered correct, but vellum has always denoted the better quality. French sources, closer to the original etymology, tend to define velin as from calf only, while the British Standards Institution defines parchment as made from the split skin of several species, and vellum from the unsplit skin. The important distinction between vellum (or parchment) and leather is that the former is not processed using tanning.

A quarter of the 180 copy edition of Johannes Gutenberg’s first Bible printed in 1455 with movable type was also printed on vellum, presumably because his market expected this for a high-quality book. Paper, however, was always used for most book-printing with rare exceptions, as it was cheaper and easier to process through a printing-press and bind.

In art, vellum was used for paintings, especially if they needed to be sent long distances, before canvas became widely used in about 1500, and continued to be used for drawings, and watercolours. Old master prints were sometimes printed on vellum, especially for presentation copies, until at least the seventeenth century.

Limp vellum or limp-parchment bindings were used frequently in the 16th and 17th centuries, and were sometimes gilt but were also often not embellished. In later centuries vellum has been more commonly used like leather, that is, as the covering for stiff board bindings. Vellum can be stained virtually any color but seldom is, as a great part of its beauty and appeal rests in its faint grain and hair markings, as well as its warmth and simplicity.

Lasting in excess of 1,000 years—Gregory the Great, Pastoral Care (Troyes, Bibliothèque Municipale, MS 504), for example dates from about 600 and is in excellent condition—animal vellum can be far more durable than paper. For this reason, many important documents are written on animal vellum, such as diplomas. Referring to a diploma as a “sheepskin” alludes to the time when diplomas were written on vellum made from animal hides.

An example of a document written on vellum is the Faddan More Psalter, discovered in July 2006 in a bog in Ireland, which was written over 1,000 years ago.