Legal cases on-going after exhibition delayed for a year 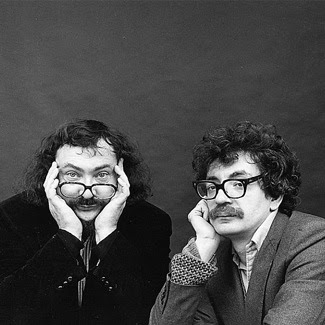 LONDON. A show of portraits by the Russian-American artist Alexander Melamid at Phillips de Pury finally is finally going ahead on 26 May after a year’s delay due to legal action.

Entitled “Oh my God”, the show, which continues until 6 June, features 30 paintings of subjects from hip-hop stars to priests, rabbis, newly rich Russians and animals. Originally scheduled for May 2009, the show was blocked after a complaint was bought by two US art investors. While the court cases were on-going at time of writing, the agreement at issue expired on 31 March, which meant the show could proceed nevertheless.

The dispute originated in 2005 when two Ohio-based collectors, working through a company called Russian Collections, made a $1.2m deal to buy 12 paintings of hip-hop artists from a series Melamid was working on. According to court papers, the investors believed they would resell the paintings for $450,000 each. It appears that few were sold: only two at $300,000 through the New York Forum Gallery according to Russian Collection’s lawyer Alan Starkoff, although he said “there is interest in other works [in the series].”

Melamid countersued, claiming (among other accusations) that Russian Collections had damaged his reputation by showing his work in Forum Gallery, which had forced him to go to the “prominent international gallery” Phillips in London in order to re-establish his reputation. The London paintings are priced at £55,000.

Both parties told The Art Newspaper that a settlement was being negotiated, although this had not been concluded at time of writing.