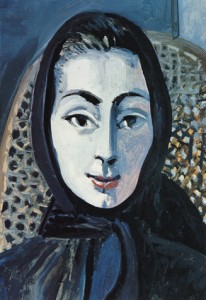 Portrait of Jacqueline by Picasso 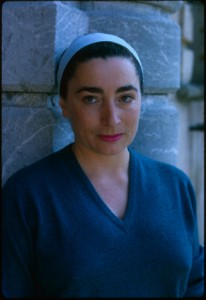 Dejected and alone, in 1953 Picasso met Jacqueline Roque (1926 -1986) at the Madoura Pottery where Picasso created his ceramics.  In 1961 (when Picasso was 79) she became his second wife.   Picasso created more works of art based on Jacqueline than any of his other loves, in one year painting over 70 portraits of her. 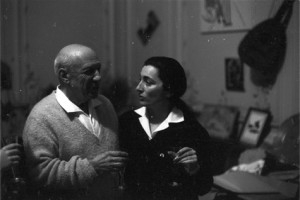 After Picasso's and Jacqueline's secret wedding 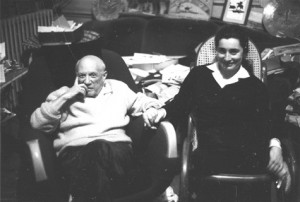 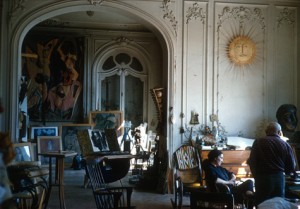 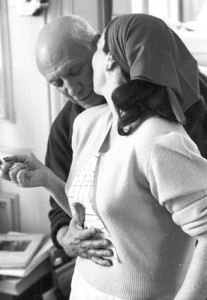 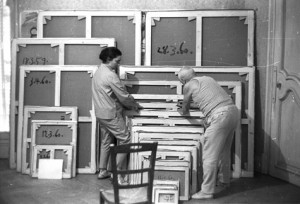 When Picasso died on April 8, 1973, Jacqueline, who had been with Picasso for 20 years, prevented Picasso’s children Claude and Paloma from attending his funeral.  Jacqueline died from shooting herself in 1986. 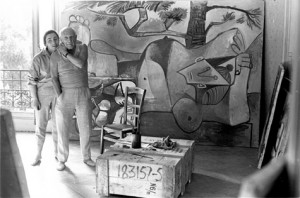