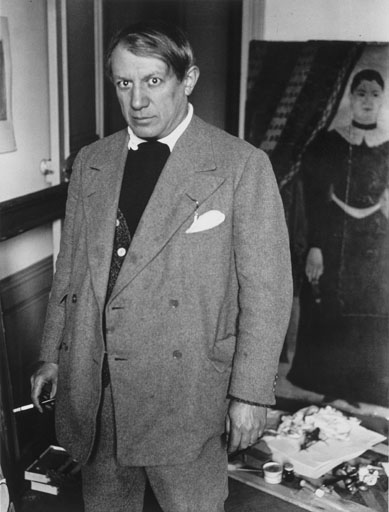 Brassaï, photo of Picasso in his studio at 23 rue La Boétie, standing in front of Rousseau’s Portrait of a Woman, 1932 Musée Picasso. © ESTATE BRASSAÏ -R.M.N.

Whilst the public often ridiculed Rousseau’s work and organisers of the official Salon exhibitions rejected his submissions, he was admired by a younger generation of avant-garde artists, many of whom also lived and worked in Montparnasse at various points in their careers. This group of artists included Picasso, who bought several of Rousseau’s paintings and held a legendary banquet, ‘Le Banquet Rousseau’, in his honour. Many of these younger artists were fascinated by so-called ‘primitive’ art, discovering a powerful form of expression in African tribal masks and other non-Western artefacts. For them, Rousseau was a homegrown curiosity, a ‘modern primitive’ whose paintings captured something of the vitality they admired in these other art forms. 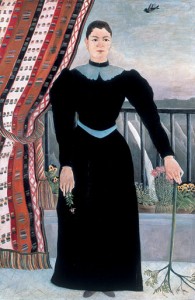 Picasso purchased Rousseau’s painting Portrait of a Woman (c.1895) for five francs in 1907. He kept it by him, moving it from residence to residence for the next 65 years, until his death in 1973.

This pair of portraits (below), representing Rousseau and his wife, were acquired by the painter Robert Delaunay and later purchased by Picasso, who proudly displays them in this photograph (shown right) taken in 1965. The simplicity of the subjects and the lamps evoke the domesticity of family life. Such paintings were much admired by the Parisian avant-garde, who applauded Rousseau’s ability to find poetry in the everyday. 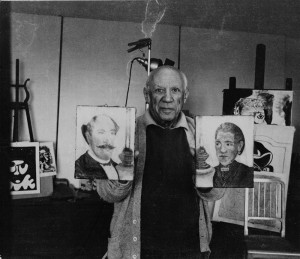 André Gomés Picasso in his studio in the country house Notre Dame de Vie with the portraits of the Rousseaus 1965 © Photo RMN / André Gomes. © Madame Hammoud 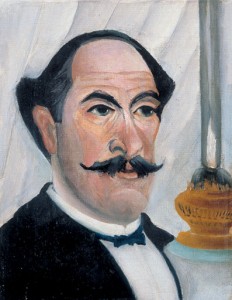