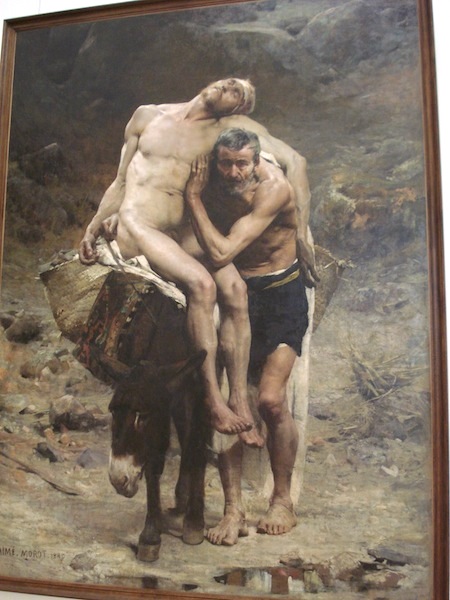 Aimé Morot’s Palette Aimé Morot (1850–1913) was a French painter. Morot was born in Nancy, where he studied under a drawing master named Thierry. He later attended the atelier of Alexandre Cabanel in the Ecole des Beaux-Arts in Paris, but left after only two weeks to continue his studies independently. During this period he spent much of his time studying animals in the Jardin des plantes, and was later to become famous for his paintings of horses, lions and bulls. Despite his lack of attendance at the École, he won the Prix de Rome in 1873. The subject given that year was the Babylonian Captivity. The prize-winning painting is currently in the collection of the École des beaux-arts in Paris, and can be viewed on request. Morot married the daughter of Jean-Léon Gérôme….