Why paintings succeed where words fail 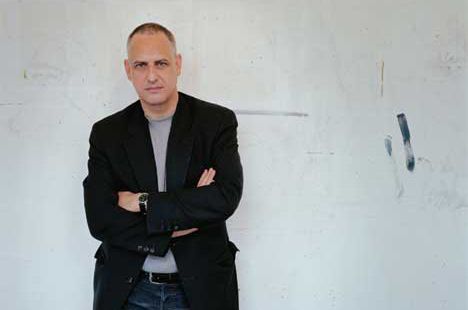 Belgian artist Luc Tuymans talks to us on the eve of exhibitions in Europe, Russia and the US 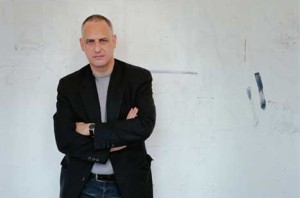 Luc Tuymans has painted figurative works since the mid 1980s and few artists can be as closely identified with a particular palette. His taste for mouldy pastels, cool greys and dead plaster white make for blurred, obtuse images. This reductive colour scheme represents the elusive nature of history and memory, reflecting the artist’s belief that representation can only be partial and subjective. Loaded political themes are developed in seemingly tangential ways with the Holocaust, Belgium’s controversial role in post-colonial Congo (the influential “Mwana Kitoko: Beautiful White Man” series which was shown at the 2001 Venice Biennale) and the US response to the 9/11 terrorist attacks given an oblique, fragmented treatment. The diversity of Tuymans’s subject matter, which also encompasses banal paraphernalia such as wallpaper patterns and tea settings, goes hand-in-hand with his use of varied source material drawn from photography, film and television.

The latter features prominently in Tuymans’s first major Russian show at the Red October Chocolate Factory opening this month. Twenty new works, first shown in Brussels earlier this year, examine TV reality shows and the internet. The exhibition, part of the Moscow Biennale, forms part of a Tuymans onslaught this autumn with the artist’s first US retrospective also opening this month at the Wexner Center for the Arts in Ohio and an exhibition curated by Tuymans and the Chinese artist Ai Weiwei opening at Bozar in Brussels.

The Art Newspaper: You once said that your technique is “borne out of a genuine distrust of imagery”? What do you mean?

Luc Tuymans: Well, being part of the television generation means there is already an overload of imagery available. But a lot of the imagery is not lived through but just seen, or you pretend you’ve at least seen certain images, so this implies that there must be a huge amount of distrust towards what you’re looking at. The practice of painting is much more of a habit, rather than being something exquisite. If you try to create a style or refine your painting mode, you just lose the intensity of the moment.

TAN: Much has been made of the need to “decode” your work with viewers looking to your titles for guidance. Do you place too much responsibility on the spectator to unravel your images?

LT: First, you should not underestimate the public and try to be overly didactic which is always the problem with institutions, they force you to produce text after text. For my Tate Modern show [2004], the education department wanted bigger captions but I wanted to make them less visible. There were already explanations outside each gallery but each picture also required texts. We fought over it.

I started out as an artist to demythologise myself by giving the source material I’ve used. Journalists liked this, they knew what to write about me but later on they hated me for it because without any explanations, they couldn’t comment on me. It’s a controversy that really just exists in the media. My ultimate aim is to detach myself completely and look at my works as a spectator would but that is a dream.

TAN: Has your use of the bleached and blurred image reached its limits?

LT: That depends. Some of the later works are actually extremely colourful, like Orchid (2008). The blurriness is actually sharp because, unlike with [Gerhard] Richter, it is not wiped away but just painted. Painting is a very physical object, it’s very difficult to compromise it. It’s difficult to remember it correctly because it’s so complex. But it’s much more detailed than any photograph will ever be. But if you ask people to remember a photograph or painting, they’ll remember the photograph in terms of the size, colours, etc.

TAN: Do you believe art historians will credit your muted palette with creating a new kind of reductive form? Or would you rather they labelled you a post-modern history painter?

LT: Well, neither of those. I would be much happier if academics understood the idea of understatement. Art is not something you have to imply is political. Art is not political, life is political. Isms, such as modernism, post-modernism, etc, they’re just not applicable to the world we live in. The whole practice of painting is about two things: timing and precision.

TAN: It’s well documented that your childhood was dominated by various schisms in your family over the fallout of World War II. Can you explain how your personal history continues to have an impact on your vision?

LT: My mother was Dutch, my father was Flemish. They both lost brothers during the war. My father’s mother, she was a fanatic and determined to send her children to German schools. At the end of the war, my father managed to take his brothers out of school but he couldn’t save one of his younger siblings. Thirty-five years later, I was having dinner at my parents’ house when my father took a phone call. He went completely white because he had just found out that this younger brother had died as an SS mascot, with a bayonet in his belly.

On a historical level, WWII could have destroyed the whole of Europe while the Holocaust was a psychological breakdown of sorts. And these things completely shaped this part of the world and the US. So yes, the war has provided a basic underlying structure. I always saw it on two levels; on a personal level and then it grew into an understanding of why things are shaped as they are now. It triggered the Cold War, Saddam Hussein, Osama bin Laden—they’re all creations of the west.

TAN: So would you agree that your work is deeply personal rather than historical?

LT: I think it tends to be more of the former than the latter. Of course, it’s been triggered by things of which I’m not totally aware, otherwise I wouldn’t do it. Every visual is in opposition to language because if we could say everything, why make a picture of it?

TAN: So you are ultimately concerned with the fragile nature of memory in relation to both personal and historical events?

LT: It always remains fragile. Every aspect of history is partly false, it’s never complete, history writing can only be factual to a point.

TAN: But your recent art, such as your works on view in Moscow which explore aspects of virtual reality found in television shows and on the internet, seems to be about disengagement from contemporary realities.

LT: “Against the Day”, the show’s title, is taken from one of my favourite novels by Thomas Pynchon. It’s about the invention of paranoia in US literature. I’ve also been influenced by the 2008 films “There Will be Blood”, “No Country for Old Men” and “Control”. On a cynical level, these films achieve something the art world has not yet understood in that, in a sort of a reductive way, they work with a narrative on a different level. For example, there is no dialogue for 15 minutes at the beginning of “There Will be Blood” which is amazing. Two works on show in Moscow, Against the Day I and Against the Day II [a diptych showing a gardener digging], capture the effect of pressing the pause of a TV remote control. But they’re a combination of things set into a scene which are not real.

And then you have “virtual” ideas which are much more instant. An assistant of Fan Di’an [director of National Art Museum, Beijing] took a photograph of me and the red focus light distorted the image [I-phone, 2008]. It will be interesting to view these works in the context of how Moscow is developing; it’s a brutal city.

TAN: Would you ever make works with certain collectors in mind?

LT: No, I would never do that. What is more important is that together with my dealers, we’ve always guarded the work in the sense that it does not crop up too much at auction and when it does, it sells for the right price, or we just buy it back. I’m very well aware of the game with Charles Saatchi who bought pieces on the secondary market for his “Triumph of Painting” exhibition in 2005 and then dumped them after the show. The US tour should lead to steady sales.

TAN: Are you happy with the selection of works for your US tour?

LT: Yes, it’s taken a long time for a US institution to ask me to do a show. There are 76 works. I’ve installed all 80 of my solo shows myself. This is the first time I can trust other curators to install my art. They’ve decided to re-create three exhibitions as they were shown in commercial galleries [“At Random”, Zeno X gallery, Antwerp, 2004; “Der Architekt”, Galerie Gebauer, Berlin, 1998; “Mwana Kitoko”, David Zwirner, New York, 2000] and then will work around this chronologically. It’s interesting as they’re not the most iconic works.

TAN: How do you think US audiences will respond to your work?

LT: The Demolition painting (2005) will be shown which has 9/11 connotations along with the Condoleezza Rice portrait (The Secretary of State, 2005). Museum people didn’t buy it at the time because it was too topical. But then Glenn Lowry, MoMA director, decided to acquire it because she’s a public figure [Tuymans’s US dealer David Zwirner gave the painting to MoMA as a fractional gift in 2006]. It had been misunderstood in a private collection, it was out of place. The fact that it’s been acquired by a public collection is an interesting insight into how the American people think.