In art, an underpainting is an initial layer of paint applied to a ground, which serves as a base for subsequent layers of paint. Underpaintings are often monochromatic and help to define colour values for later painting. There are several different types of underpainting, such as verdaccio and grisaille. 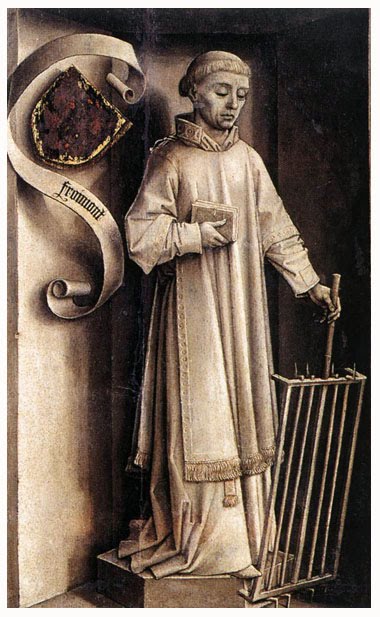 Underpainting gets its name because it is painting that is intended to be painted over (see overpainting) in a system of working in layers. There is a popular misconception that underpainting should be monochromatic, perhaps in gray-scales. In fact, a multi-color underpainting is much more useful and was used extensively by artists such as Giotto (whose technique is described in detail by Cennino Cennini), as well as by Jan van Eyck and Roger van der Weyden (whose technique has been studied with modern scientific analysis). This technique was pioneered by Titian in the High Renaissance. The colors of the underpainting can be optically mingled with the subsequent overpainting, without the danger of the colors physically blending and becoming muddy. If underpainting is done properly, it facilitates overpainting. If it seems that if one has to fight to obscure the underpainting, it is a sign that it was not done properly.