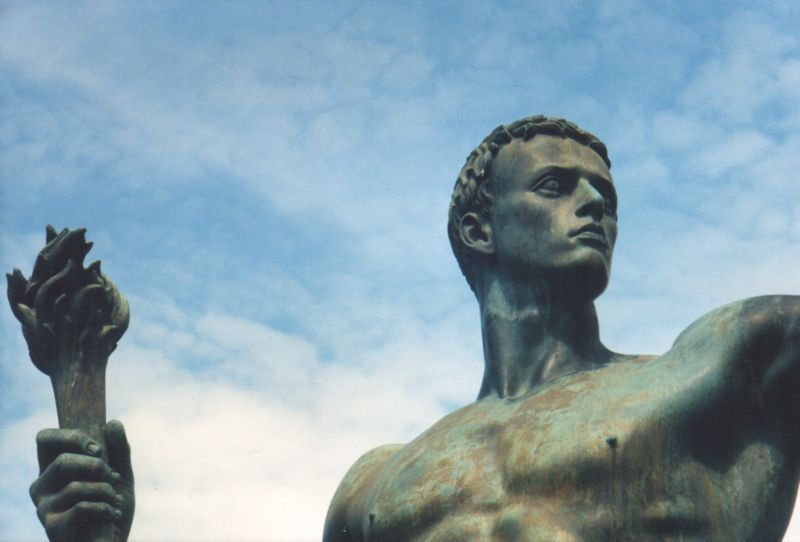 is a term which has sometimes been used to describe art used as propaganda. Examples include the Socialist realism style associated with Communist regimes, and the very similar art style associated with Fascism. Its characteristics are realism and the depiction of figures as ideal types or symbols, often with explicit rejection of modernism in art (as “bourgeois” or “degenerate”). Heroic realism designs were used to propagate the revolution in the Soviet Union during Lenin’s time. Lenin doubted that the illiterate population would understand what abstract visual images were intended to communicate. He also thought that artists, such as constructivists and productivists, may have had a hidden agenda against the government. Indeed, such movements as Cubism were denounced as bourgeois and criticized for failure to draw on the heritage of art, whereas proletartian culture had to draw on what was learned in the prior times, and for rejecting the beautiful on the grounds that it was “old”. The artists countered such thinking, however, by saying that the advanced art represented the advanced political ideas. Stalin understood the powerful message which could be sent through images to a primarily illiterate population. Once he was in power, posters quickly became the new medium for educating illiterate peasants on daily life—from bathing, to farming, the posters provided visual instruction on almost everything. In 1934, a new doctrine called Socialist realism came about. This new movement rejected the “bourgeois influence on art” and replaced it with appreciation for figurative painting, photography and new typography layouts. When Adolf Hitler came to power in Germany in 1933, modern art was condemned as degenerate, and largely prohibited. The Nazis promoted a style of art based on classical models, intended to nurture nationalism. Design standards in publishing and in advertising—which was a state monopoly—were controlled by official ideology. The use of Fraktur was common in Germany until 1941, when Martin Bormann denounced the typeface as “Judenlettern” and decreed that only Roman type should be used. Modern sans-serif typefaces were condemned as cultural Bolshevism, although Futura continued to be used owing to its practicality. Heroic realism was also used during the Spanish Civil War, and Western democracies have used the style to promote their aims in times of war.