Tenebrism, from the Italian tenebroso (“murky”), (also called dramatic illumination) is a style of painting using very pronounced chiaroscuro, where there are violent contrasts of light and dark, and darkness becomes a dominating feature of the image. 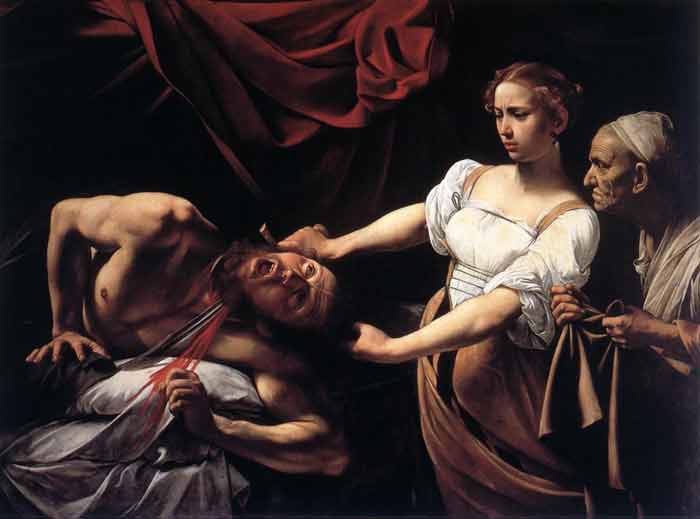 Caravaggio is generally credited with the invention of the style, but the term “Tenebrist” is more likely to be applied to later painters under his influence. However, Caravaggio is so closely associated with Tenebrism, that the word “Caravaggism” is sometimes applied in an almost synonymous fashion, or the phrase “Caravaggesque tenebrism” is sometimes used. The term is less used by art historians in recent decades, and lacks a clear definition. The word is capitalised by some art historians, and not by others. 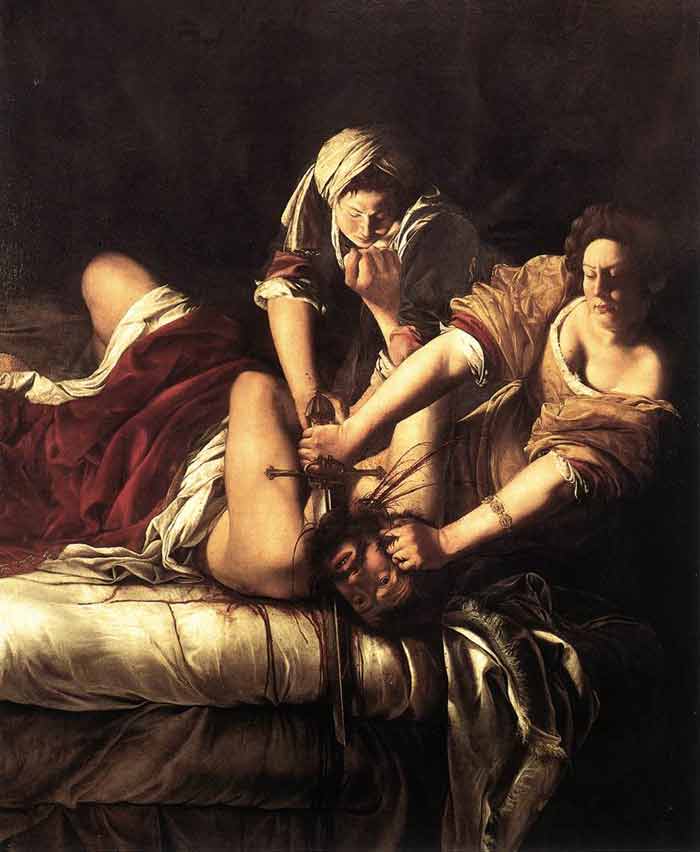 Artemisia Gentileschi, one of the few female artists of the Baroque and a follower of Caravaggio, was also an outstanding exponent of tenebrism.

The term is usually applied to artists from the seventeenth century onwards, although Tintoretto and El Greco are sometimes described as Tenebrists. El Greco painted three versions of a composition with a boy, a man and a monkey grouped in darkness around a single flame. Among the most well-known Tenebrist artists are: Italian and Dutch followers (the Utrecht School) of Caravaggio, Francisco Ribalta, Jusepe de Ribera and their Spanish followers. Tenebrism is most often applied to 17th century Spanish painters. It is sometimes applied to other 17th century painters including Georges de La Tour, who painted many images lit by a single candle, Gerrit van Honthorst, and Rembrandt. 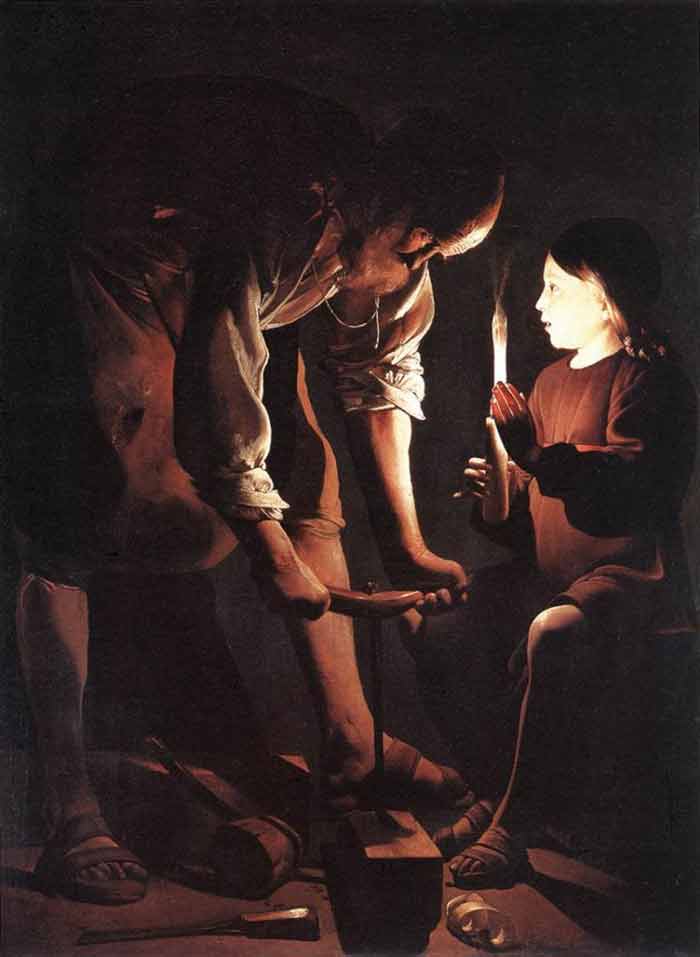 The term is not often used of Adam Elsheimer, although he was an important innovator in painting night-scenes with a few lighted areas. His dark areas are always full of detail and interest.

Later, similar compositions were painted by Joseph Wright of Derby and other artists of the Romantic Movement, but the term is rarely used to characterize their work in general.