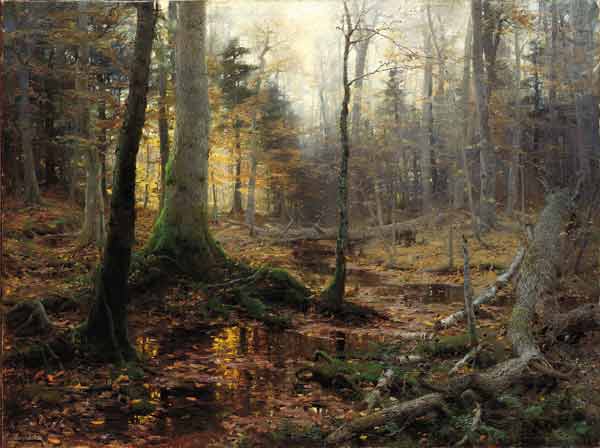 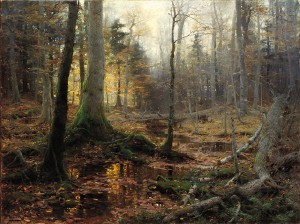 Naturalism in art refers to the depiction of realistic objects in a natural setting. The Realism movement of the 19th century advocated naturalism in reaction to the stylized and idealized depictions of subjects in Romanticism, but many painters have adopted a similar approach over the centuries. One example of Naturalism is the artwork of American artist William Bliss Baker, whose landscape paintings are considered some of the best examples of the naturalist movement. Another example is the French Albert Charpin, from the Barbizon School,with his paintings of sheep in their natural settings. An important part of the naturalist movement was its Darwinian perspective of life and its view of the futility of man up against the forces of nature.

Naturalism began in the early Renaissance, and developed itself further throughout the Renaissance, such as with the Florentine School.

Naturalism is a type of art that pays attention to very accurate and precise details, and portrays things as they are.

Some writers restrict the terms “Naturalism” and “Realism” for use as labels for period styles of the middle and late nineteenth century in Europe and America, thus making available the terms “naturalism” and “realism,” all lowercase, for tendencies of art of any period so long as the works strive for an accurate representation of the visible world.

All art is conventional, but artists following the tendency “naturalism” profess a belief in the importance of producing works that mimic the visible world as closely as possible.