Andrea Mantegna’s Oil Painting Technique – Foreshortening The Lamentation of Christ (also known as the Lamentation of Dead Christ, or the Dead Christ) is a c. 1480 oil painting by the Italian Renaissance artist Andrea Mantegna. While the dating of the piece is debated, is generally believed to have been completed between 1457 and 1501. It portrays the body Christ supine on a marble slab. He is watched over by the Virgin Mary and St. John, who are weeping for his death. The theme of the Lamentation is common in medieval and Renaissance art, although this treatment, dating back to a subject known as the Anointing of Christ is unusual for the period. Most Lamentations show much more contact between… 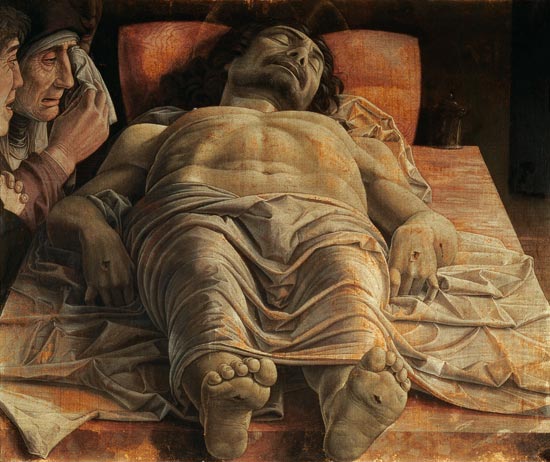