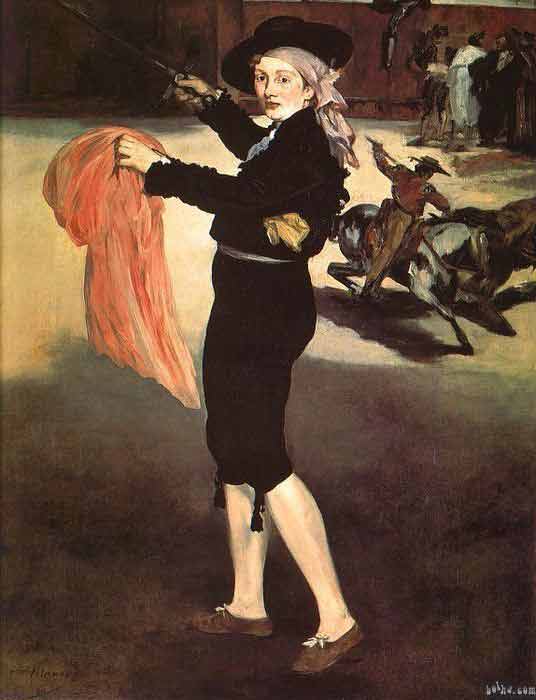 Manet’s Oil Painting Technique technique was not, in fact, radically innovative, but the context in which it was presented challenged established tradition. Manet responded to Couture’s attitude to rapid execution and to the ebauche, because it permitted an immediate response to the idea, the image growing under the brush and the immediate rendering of a moment of contemporary life. Whereas Couture would present in public only “finished” paintings, in which the initial statement had been modified, Manet. was prepared to regard ebauche methods as yielding the finished statement. Thus, although he manipulated his paint surface, each layer was executed in alla-prima technique, and retained a fluid and personalised painterly appearance. Manet favoured the use of opaque colour and seldom used glazes (which could only be
applied on a dry underpainting). He made no attempt to disguise the evidence of his hand in
the paint application. Paint was to be seen as paint and not merely as a means of rendering
appearances in the real world. The standardised tube colour helped Manet to realise his
objectives. In effect, Manet took Couture’s concept of the ebauche and transformed it into an
original means of expression. Hanson comments:

“Manet used Couture’s technique in his work of the fifties and sixties, but moved away
from earth colours to local colours in the execution of the ebauche. Whereas a
traditionally unfinished picture revealed itself by the brown underpainting, his ebauche
in local colours appeared as an immediate expression of nature.”
Web Art Academy presents Fine Art Tutorials: How to Paint in alla-prima technique.