The biggest ART FRAUD of the 20th century 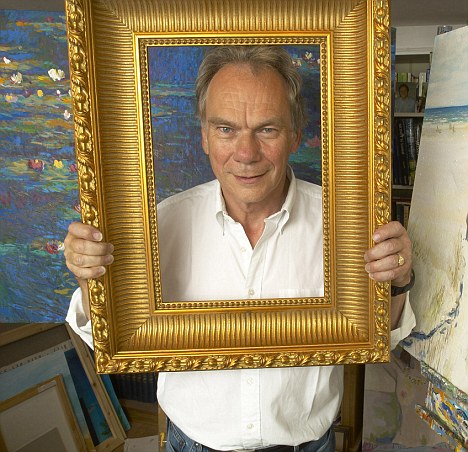 John Myatt, (born 1945), is a British artist and convicted forger who, with John Drewe, perpetrated what has been described as “the biggest art fraud of the 20th century”. The son of a farmer, Myatt attended art school, and discovered a talent for mimicking other artists’ styles, but at first only painted for amusement and for friends. He worked as a songwriter for a time, and wrote the single “Silly Games”, a UK Top 40 hit for Janet Kay in 1979. He later worked as a teacher in Staffordshire.

When his wife left him in 1985, Myatt gave up teaching to spend more time with his children, and attempted to make a living by painting original works in the style of well known artists. He placed an advertisement in Private Eye magazine which read “Genuine fakes. Nineteen and twentieth century paintings from £150”. He was initially honest about the nature of his paintings, but John Drewe, a regular customer, was able to re-sell some of his paintings as genuine works. When he later told Myatt that Christie’s had accepted his “Albert Gleizes” painting as genuine and paid £25,000, Myatt became a willing accomplice to Drewe’s fraud, and began to paint more pictures in the style of masters like Roger Bissiere, Marc Chagall,Le Corbusier, Jean Dubuffet, Alberto Giacometti, Matisse, Ben Nicholson, Nicholas de Stael and Graham Sutherland.

According to police estimates, Myatt painted about 200 forgeries in a regular schedule and delivered them to Drewe in London. Police later recovered only 60 of them. Drewe sold them to the auction houses of Christie’s, Phillips and Sotheby’s and to dealers in London, Paris and New York.

In September 1995, Myatt was arrested by Scotland Yard detectives. He quickly confessed, stating that he had created the paintings using emulsion paint and K-Y Jelly, a mixture that dried quickly but was hardly reminiscent of the original pigments. He estimated that he had earned around £275,000 and offered to return £18,000 and to help to convict Drewe. He had come to dislike the deception and Drewe.

On April 16, 1996 police raided Drewe’s gallery in the Reigate suburb of London and found materials he had used to forge certificates of authenticity. Drewe had also altered provenancesof genuine paintings to link them to Myatt’s forgeries and added bogus documents to archives of various institutions in order to “prove” their authenticity.

The trial against Myatt and Drewe began September 1998. On February 13, 1999, John Myatt was sentenced to one year in prison for a conspiracy to defraud and was released the following June after serving four months of his sentence. Drewe was sentenced for six years for conspiracy and served two.

After his release, Myatt has continued to paint commissioned portraits and clear copies, and has held exhibitions of his work. His paintings are now marked indelibly as fakes, and have sold for up to £45,000.

In 2007 it was reported that a film was to be made about Myatt’s case, written by Dick Clement and Ian La Frenais and with the working title “Genuine Fakes”. He now works alongside law enforcement in helping to expose fraudsters.