Fine Art Video Tutorials: How to draw a portrait of a girl. 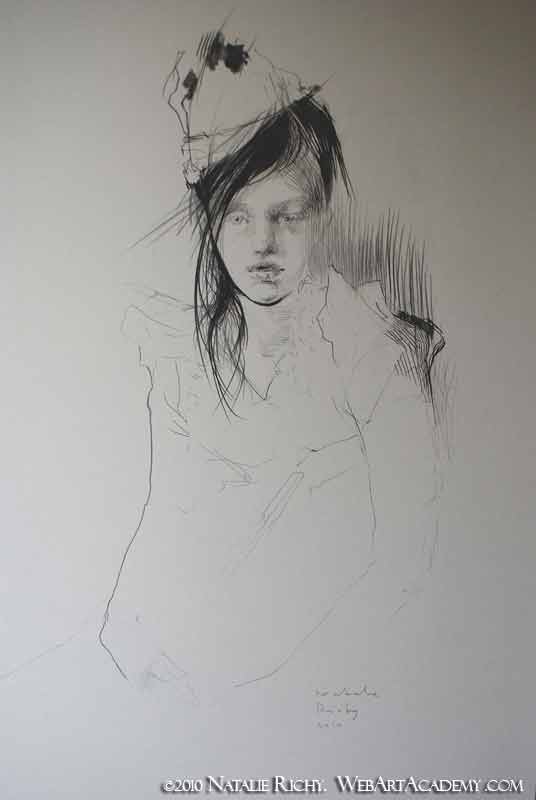 This Video Lesson presents an example of making two drawings in which you will learn how to draw relying on unique lose strokes only. You will be able to create your drawings fast, freshly, impressive, emotionally fulfilled and reminding the etching effect. Such technique is great for both preparatory sketches and finished artworks.
Video is based on two drawings made by Natalie Richy.

No one really knows when art or drawing really began. Humans supposedly made sketches and painting in the early years. Cave Paintings are a good example. People have made rock and cavedrawings since prehistoric times.

By the 12th-13th centuries AD, monks were preparing illuminated manuscripts on vellum or parchment in monasteries throughout Europe were using lead styli to draw lines for their writings and for the outlines for their illuminations. Soon artists generally were using silver to make drawings and underdrawings. Initially they used and re-used wooden tablets with prepared ground for these drawings.