Techniques of printmaking as a fine art

Techniques of printmaking (etching) as a fine art

Etching is part of the intaglio family (along with engraving, drypoint, mezzotint, and aquatint.) The process is believed to have been invented by Daniel Hopfer (circa 1470-1536) of Augsburg, Germany, who decorated armour in this way, and applied the method to printmaking. Etching soon came to challenge engraving as the most popular printmaking medium. Its great advantage was that, unlike engraving which requires special skill in metalworking, etching is relatively easy to learn for an artist trained in drawing. 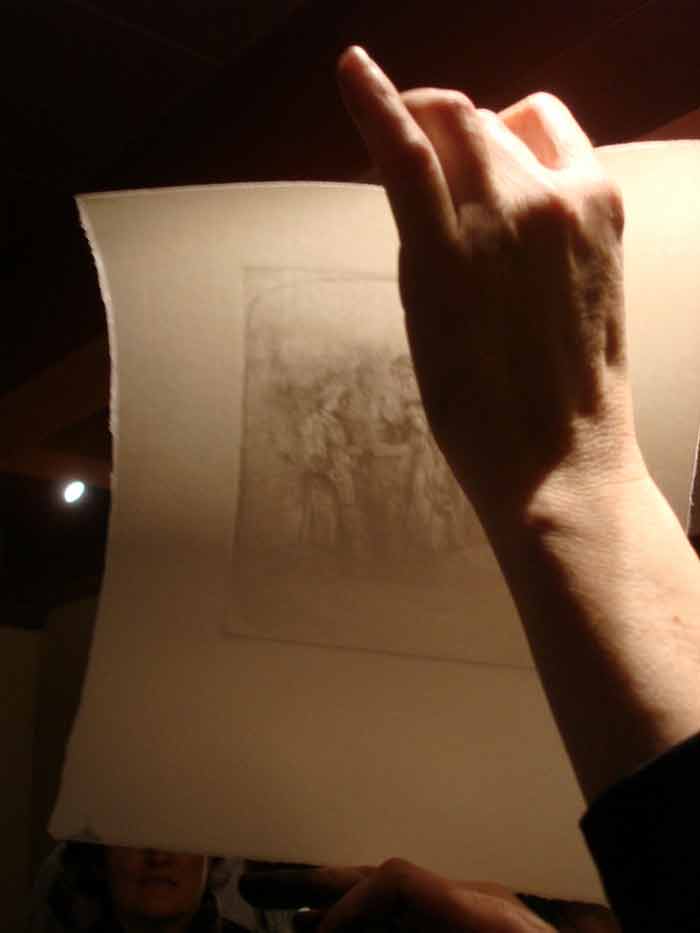 Etching prints are generally linear and often contain fine detail and contours. Lines can vary from smooth to sketchy. An etching is opposite of a woodcut in that the raised portions of an etching remain blank while the crevices hold ink. In pure etching, a metal (usually copper, zinc or steel) plate is covered with a waxy or acrylic ground. The artist then draws through the ground with a pointed etching needle. The exposed metal lines are then etched by dipping the plate in a bath of etchant (e.g. nitric acid or ferric chloride). The etchant “bites” into the exposed metal, leaving behind lines in the plate. The remaining ground is then cleaned off the plate, and the printing process is then just the same as for engraving. 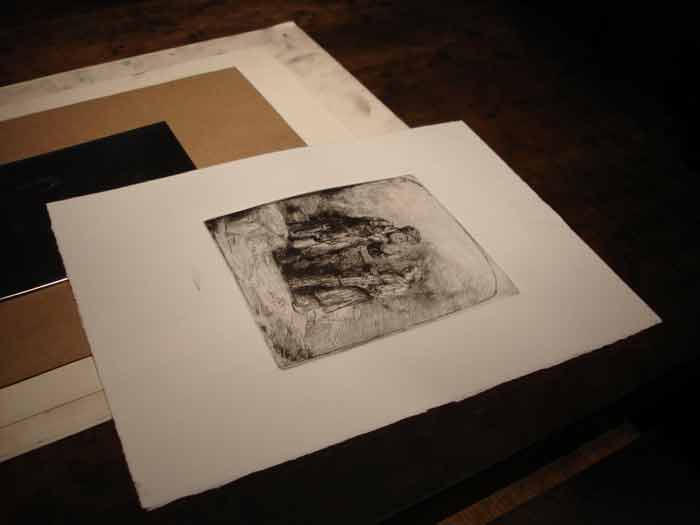 Rembrandt produced etchings for most of his career, from 1626 to 1660, when he was forced to sell his printing-press and virtually abandoned etching. Only the troubled year of 1649 produced no dated work. He took easily to etching and, though he also learned to use a burin and partly engraved many plates, the freedom of etching technique was fundamental to his work. He was very closely involved in the whole process of printmaking, and must have printed at least early examples of his etchings himself. At first he used a style based on drawing, but soon moved to one based on painting, using a mass of lines and numerous bitings with the acid to achieve different strengths of line. Towards the end of the 1630s, he reacted against this manner and moved to a simpler style, with fewer bitings. He worked on the so-called Hundred Guilder Print in stages throughout the 1640s, and it was the “critical work in the middle of his career“, from which his final etching style began to emerge. Although the print only survives in two states, the first very rare, evidence of much reworking can be seen underneath the final print and many drawings survive for elements of it. 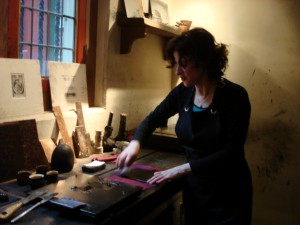 In the mature works of the 1650s, Rembrandt was more ready to improvise on the plate and large prints typically survive in several states, up to eleven, often radically changed. He now uses hatching to create his dark areas, which often take up much of the plate. He also experimented with the effects of printing on different kinds of paper, including Japanese paper, which he used frequently, and on vellum. He began to use “surface tone,” leaving a thin film of ink on parts of the plate instead of wiping it completely clean to print each impression. He made more use of drypoint, exploiting, especially in landscapes, the rich fuzzy burr that this technique gives to the first few impressions. 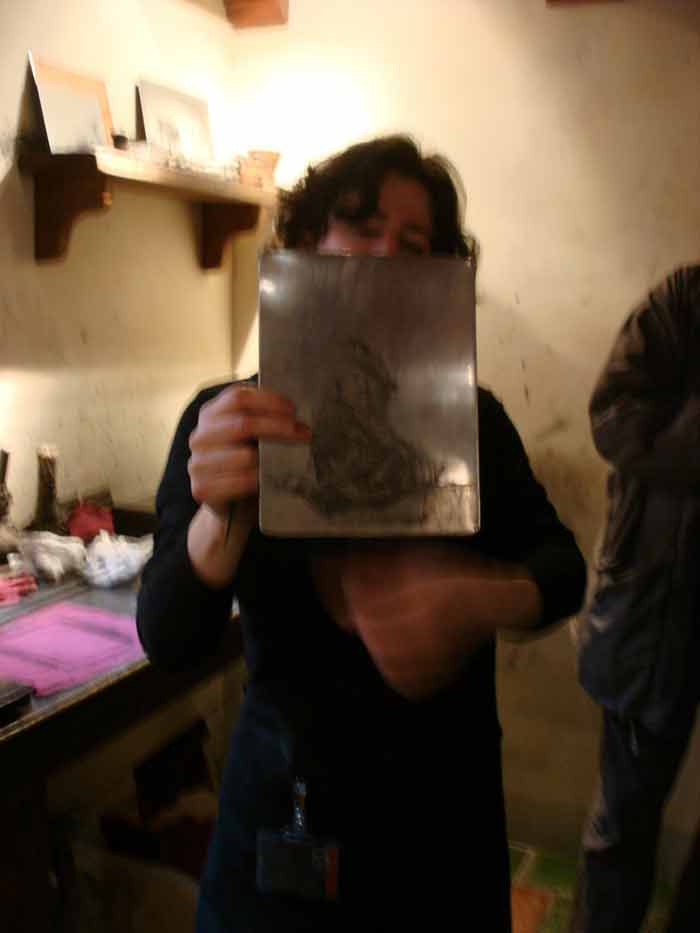 His prints have similar subjects to his paintings, although the twenty-seven self-portraits are relatively more common, and portraits of other people less so. There are forty-six landscapes, mostly small, which largely set the course for the graphic treatment of landscape until the end of the 19th century. One third of his etchings are of religious subjects, many treated with a homely simplicity, whilst others are his most monumental prints. A few erotic, or just obscene, compositions have no equivalent in his paintings. He owned, until forced to sell it, a magnificent collection of prints by other artists, and many borrowings and influences in his work can be traced to artists as diverse as Mantegna, Raphael, Hercules Segers, and Giovanni Benedetto Castiglione 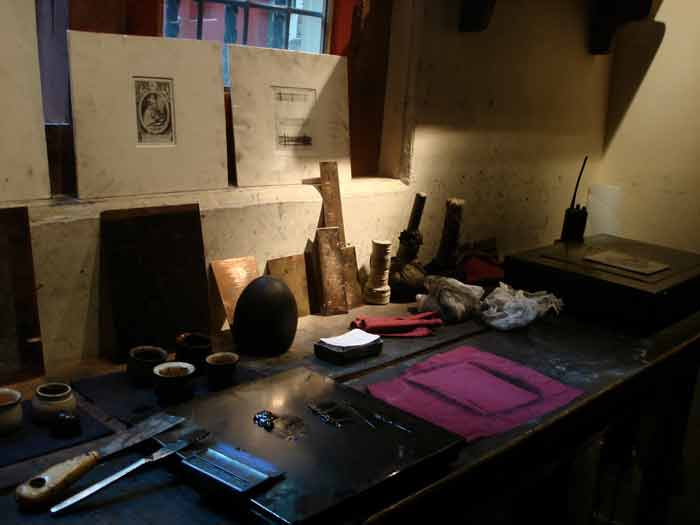